We are so pleased to announce that Westborough TV has received a 2021 Hometown Media Award from the Alliance for Community Media Foundation! The national awards program was established to honor and promote community media, community radio, and local cable programs that are distributed on Public, Educational and Governmental (PEG) access cable television channels.

“I am thrilled with this national award, especially because the video featured so many of our friends and neighbors who own and manage small businesses in town – businesses that are a vital part of keeping our community connected and vibrant,” said Henderson. “The response to the video from people in town was amazing, but to be recognized at a national level for its quality is such an honor. It’s very exciting for Westborough TV and something the whole community can take pride in.”

Each year, nearly one thousand entries are submitted. These entries, or programs, are submitted and evaluated on several factors resulting in over 100 award winners. A panel of judges from the industry evaluate the entries. Awards are presented to the most creative programs that address community needs, develop diverse community involvement, challenge conventional commercial television formats and move viewers to experience television in a different way.

“The Hometown Media Awards celebrate both the excellence of work and the diversity of media that appears on community channels being produced around the country. The ACM Foundation is proud of their achievement and of how they represent their communities in their work,” said Mike Wassenaar, president & CEO, Alliance for Community Media. 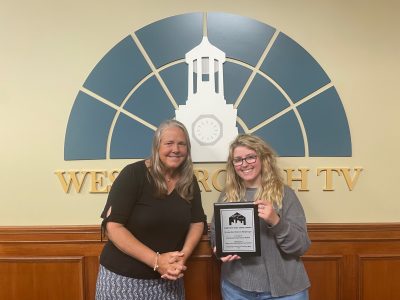