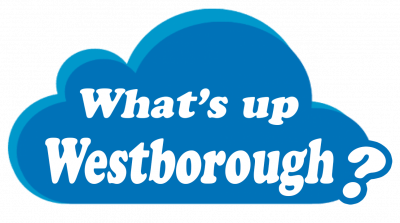 Westborough TV is excited to launch a new series that will give you a bird’s eye view of our beautiful town! “What’s Up Westborough?” will fly you high above some of the landmarks you’re interested in or drive by every day and give you a slightly different view than what you usually get. Our very own Jeff Poole has recently completed his FAA Part 107 drone coursework and testing to become a licensed, FAA certified commercial drone pilot and will be taking to the skies to capture some of the scenery in town we think you’ll be interested in!

If there’s something you’d like to see featured in a future episode, just send the request our way at: westboroughtv33@gmail.com!

Up, up, and away we go! Take a look at this first episode from above Fales Elementary School and see the progress being made.

Take a look at this second episode from above the former Westborough State Hospital. See the property before demolition, during demolition, after demolition and during the construction of the new Del Webb properties at Lake Chauncy.

Take a look at the third episode of What’s up Westborough? From above the former AstraZeneca and in construction Amazon Robotics. See the property before demolition and during demolition. Be sure to stay tuned for part 2 of this episode as demolition and construction progresses.

Take a look at the fourth episode of What’s up Westborough? From above beautiful downtown Westborough at Spring time! The footage used in this episode was recorded in April of 2019 and 2020.

Episode 5 –
Watch Episode 5 here!
Up, up, and away we go! Take a look at the fifth episode of What’s up Westborough? This episode features aerial footage from above the beautiful Westborough Reservoir, Sandra Pond and Bowman Conservation Area! The footage used in this episode was recorded in April & May of 2019 and May of 2020. Be sure to check out next week’s episode – Westborough Public Schools.