Following an evening of ribbon-cutting celebrations for both the Town Hall and the Fire Station, Patrick Purcell was sworn in as Westborough’s new Fire Chief during the Board of Selectmen’s meeting on Tuesday, November 10, 2015. The BOS meeting was the first to be held in Memorial Hall in the newly renovated Town Hall which re-opened on Tuesday after nearly 2 years of construction. Memorial Hall was packed for the swearing-in, with many public servants in attendance, including many Fire Dept. personnel from Westborough and surrounding towns.

Click here to watch the Board of Selectmen’s meeting with swearing in of new Westborough Fire Chief Patrick Purcell. 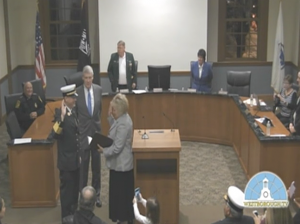 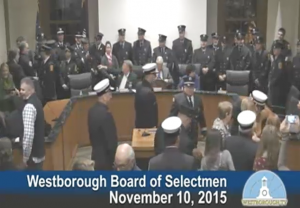 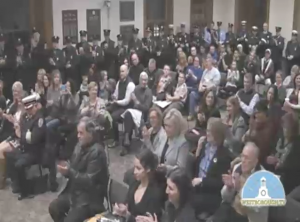