Dr. Gary Hylander Presents 1968 @ 50:
2018 marks the 50th anniversary of one of the most tumultuous years in American History. This is a three-part lecture series on the Presidency of Lyndon Johnson with particular attention to the year 1968.

Part 1 – The TET Offensive:
January 2018, marks the 50th anniversary of the TET Offensive. TET was the largest and most important campaign of the Vietnam War. Taking advantage of a cease-fire to celebrate the first day of the Vietnamese New Year, Vietcong fighters launched attacks against virtually every significant target in South Vietnam. Although General Westmoreland correctly judged the attack to be a complete military failure the more immediate impact of TET was political. TET re-energized the anti-war movement exploding all official assurances that America was winning in Vietnam and that the war would soon be over.

Please click here or the picture below to watch the first presentation on the Tet Offensive. 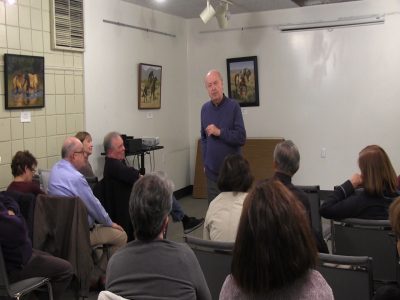