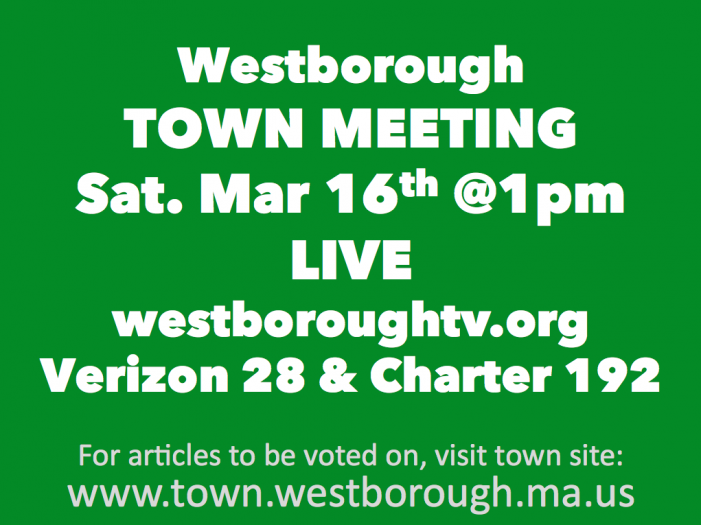 Westborough’s Town Meeting will be held at Westborough High School on Sat. Mar 16th @1pm (meeting runs from 1pm-approx 5:30pm – dinner break – and picks up again at 7pm- approx 11pm). It will be live-streamed on westboroughtv.org and will also be broadcast live on Verizon 28 & Charter 192. Please help spread the word! 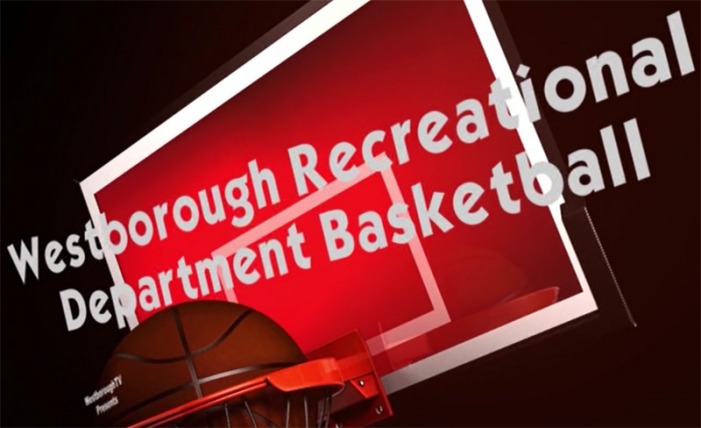 Every year for ever and ever, Westborough TV has recorded Westborough’s Rec Dept Rec Ball games. We do our best to capture at least one game each for all teams, boys and girls, for all grades. So while you’re taking in the NCAA Tournament this month, flip over to WTV for our own version of […] 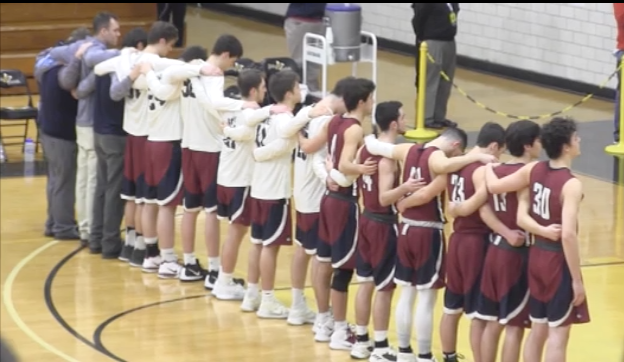 The WHS Rangers played in the D2 State Semi Finals vs. Taconic High School at the American International College in Springfield on Wednesday, March 13, 2019. The fans showed up strong (with 3 fan buses loaded with high school students), unfortunately, the team came up a little short against a strong Taconic team, losing the […]

WHS’s “Full Court Press” crew from Lobby O was in studio to talk about the All-Star RecBall game this Friday (3/15/2019). Mike Doherty, Matt McCarthy, Will Schiffman, and Matt Doherty hosted with Ryan Nichols in the control room. 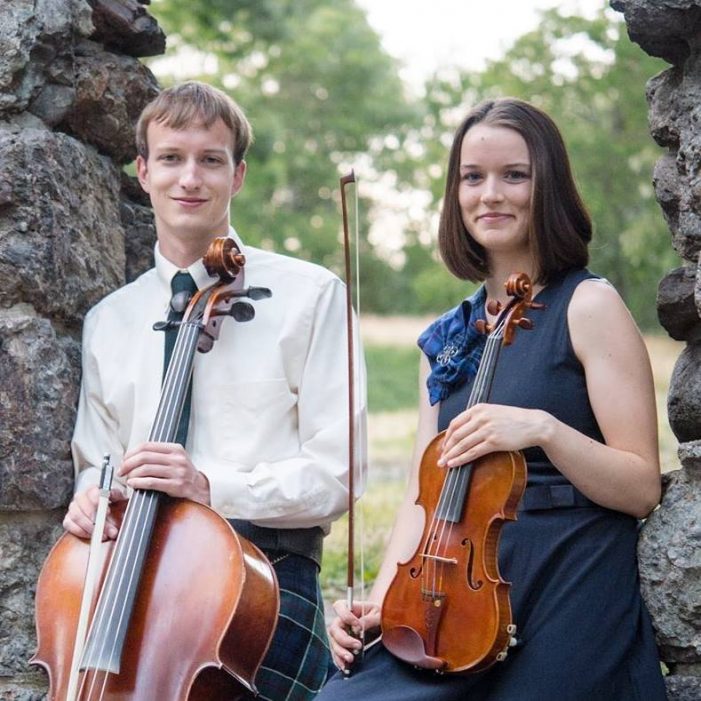 Just in time for St. Patrick’s Day, the Westborough Public Library hosted free program, “Fiddle Music of the Celtic World.” Fiddle and cello duo Elizabeth and Ben Anderson presented a free concert of music from some of the seven Celtic “nations”: Ireland, Scotland, Cornwall, Isle of Man, Brittany, Wales, and Galicia (in Spain), as well […] 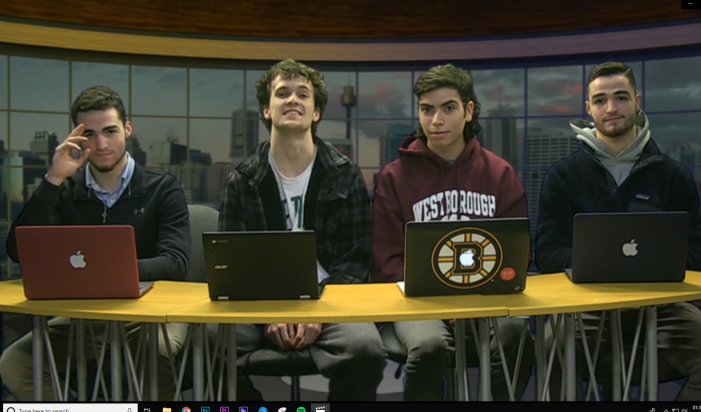 Westborough High School’s “Full Court Press” crew from Lobby O was in studio today (3/13/2019) to talk about the exciting Semi-Final Recball Games from this week. Mike Doherty, Matt McCarthy, Will Schiffman, and Matt Doherty hosted with Ryan Nichols in the control room. The finals will take place Thursday night at WHS – kicking off […]

The Westborough High School boys’ basketball team is making their first appearance in the state semi-finals in 28 years, tonight Wed 3/13/2019! Westborough TV will be recording the game, so watch this space tomorrow where we will post the full game and some highlights. Go Rangers! 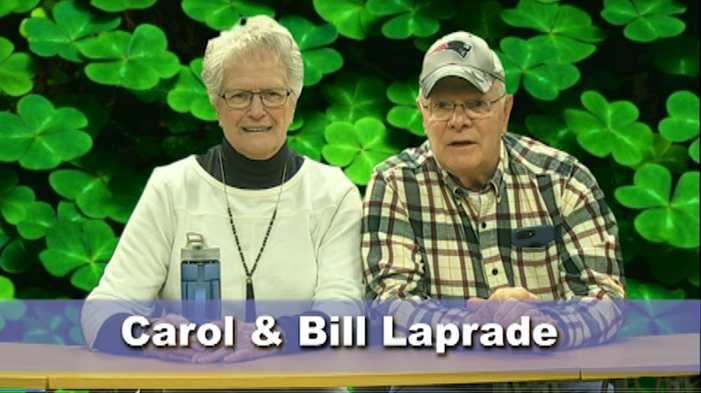 Carol and Bill Laprade are back this month to tell you all the goings on at the Senior Center for the month of March in 2019! Watch this month’s episode here! 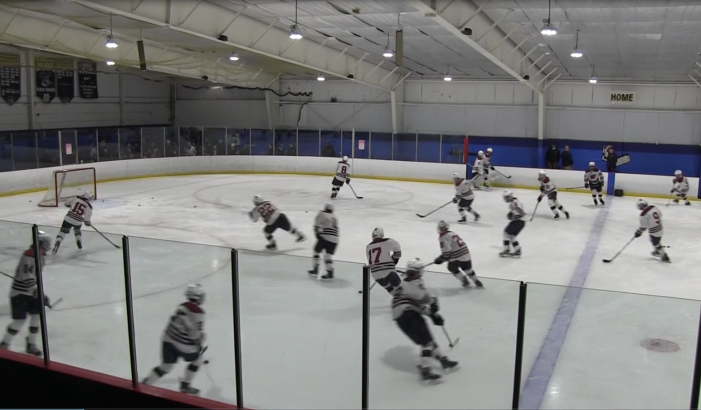 WHS Rangers Boys Hockey recently played in the Division 3 Central quarterfinals in front of a big crowd of fans at Northstar Ice Rink. Ultimately, the team lost 3-0 to opponent Groton-Dunstable, but the boys had nothing to hang their heads about after a very strong season for this still young team. The Rangers went […]

And below clip has some highlights: For the first time since 1991, the Westborough High School Rangers boys basketball team has captured the Central Mass Championship. It was a huge win today in front of a large crowd with Ranger Nation fans showing up in a big way for their team – a team they […]