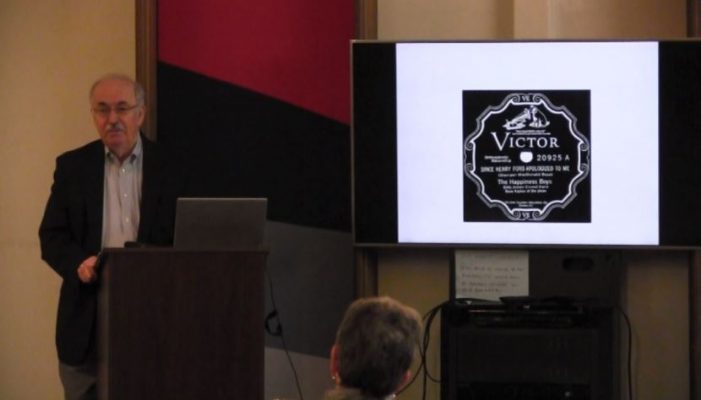 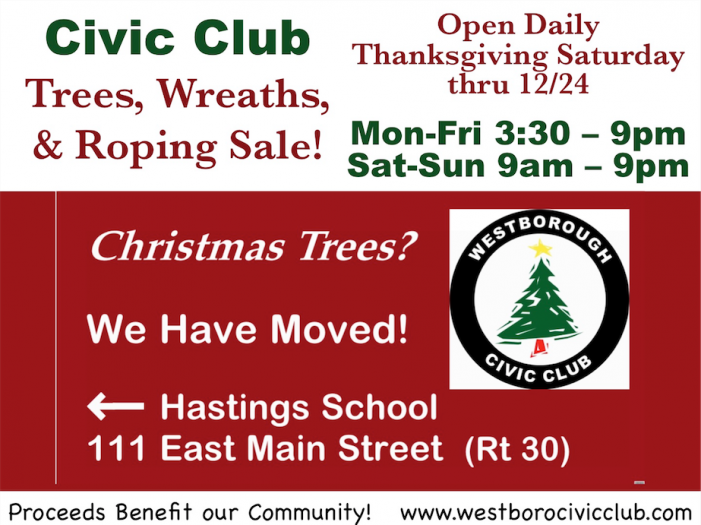 Playground at the Commons Ribbon Cutting 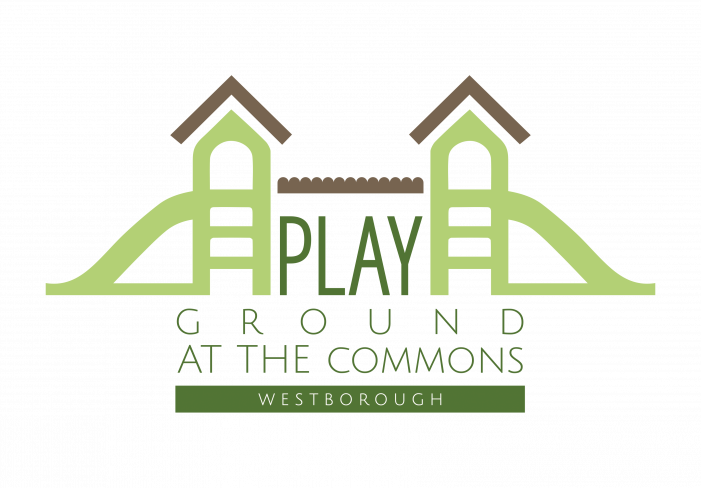 On June 19, 2017, the Playground at the Commons was officially opened to the public. Watch the ribbon cutting at Bay State Commons here!  Committee Chair Erica Dube was exuberant in her thanks to the many people and organizations that made this playground possible including Diamond Level Sponsors The Westborough Civic Club and The Westborough […]

By Karen Henderson on May 9, 2017   Civic Club, Latest from WTV, Uncategorized 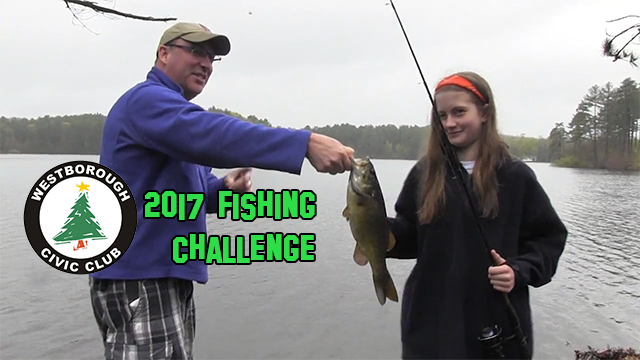 The Civic Club held their 10th Annual Fishing Challenge on Saturday, May 6th at Minuteman Park. The weather may not have cooperated but it looks as though the fish did. Ben Watson was the grand prize winner with a 17 1/2 inch pickerel. Other winners were: Aged 8 and under: 2nd: Wes Phillips. 3rd: Adison […] 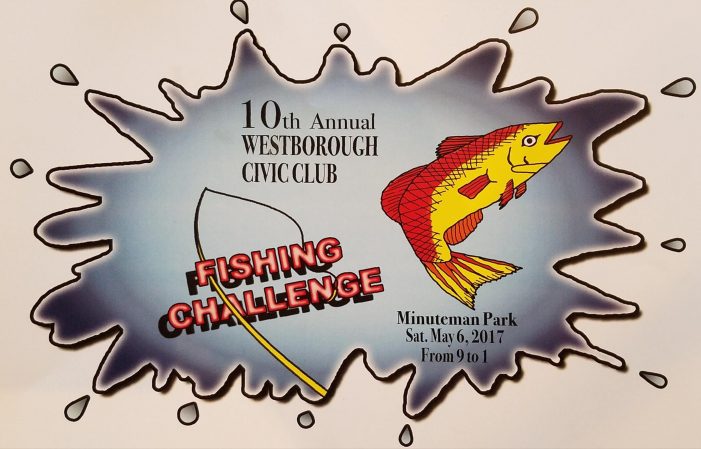 Free and Fun for all ages! Come fish at the Civic Club’s 10th Annual Fishing Challenge at Minute Man Park – 91 Upton Road in Westborough (also known as Sandra Pond or simply “The Res”). Multiple prizes in 3 age groups for longest fish caught between 9am and 1pm on Saturday, May 6th. Rods and […] 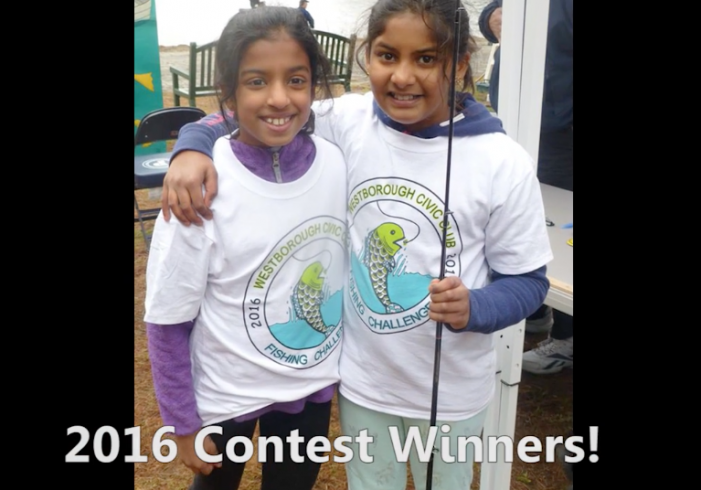 Attention Mill Pond School students deadline is this Friday! The Civic Club is hosting a tee shirt design contest for their annual Fishing Challenge (to be held Sat May 6th at Sandra Pond). Consider including a 300th town anniversary reference into the theme for our 10th fishing challenge!  Submissions are due to Mrs. Kohler in the Mill […] 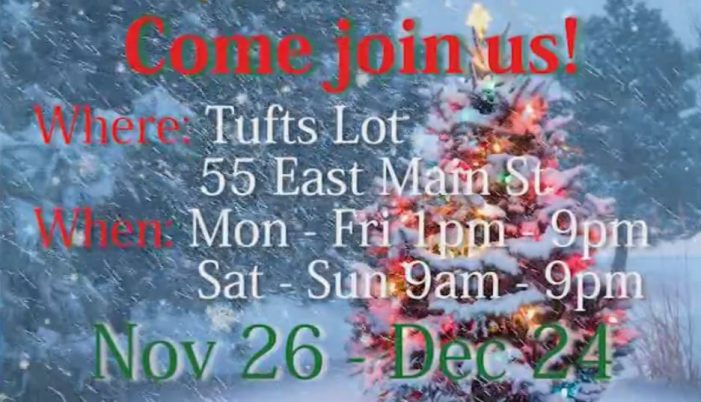 It’s that time of year again! If you’ve driven by the Tufts Machine Lot at 55 East Main Street, you’ve already seen some activity with tree racks and you know what’s about to happen…That’s right! Christmas Trees! In an annual tradition, the Westborough Civic Club will once again be offering Christmas trees, wreaths and roping […] 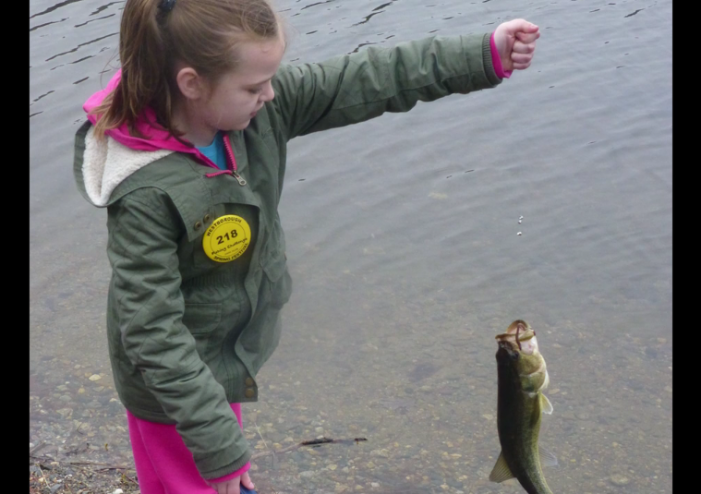 Last weekend’s dreary weather turned out to be perfect for the Civic Club’s 9th annual Fishing Challenge held on Sandra Pond at Minuteman Park on Upton Road. Dozens of families showed up to participate in this great day of fishing fun. Registration was free, and included a chance to win prizes in each of three age […]

The Westborough Civic Club is hosting a contest for Mill Pond students to create the artwork for this year’s Fishing Challenge poster and t-shirt.  Enter your drawing by April 8th to Mrs. Kohler at Mill Pond School. Your design could be all over town! Get drawing! (Try to limit drawing to 3 colors.) Watch this video […]

Civic Club Christmas Trees Are Back 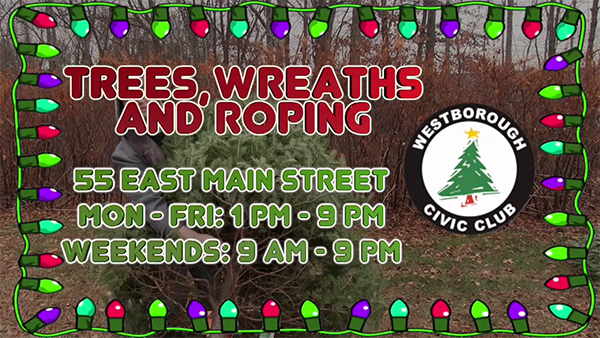 It is officially the Christmas Season when the Westborough Civic Club is back on Tufts lot selling their Christmas Trees.