Only the Good News with Good Scout Honoree Deborah Penta 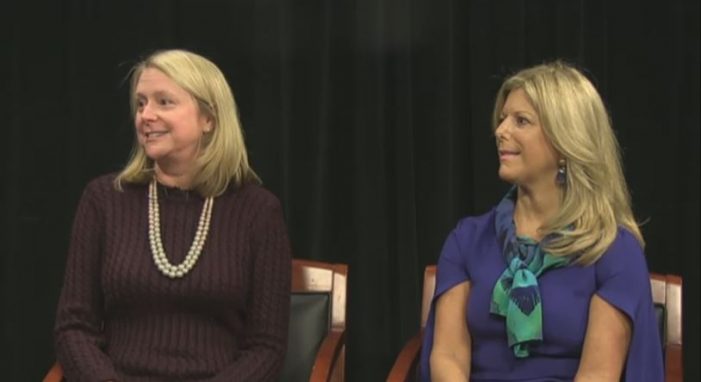 On Westborough TV’s show “Only the Good News,” we like to highlight all the good things going on in the town of Westborough – either the people making good things happen, local organizations doing good things, or events happening that educate, entertain or support our town and members of our community in a good way. […]

The Westborough Bear Den Cub Scouts of Pack 33 came to our studio to teach a little about cooking tools, kitchen safety, and of course delicious food.

Pack 100 Den 3 stopped our studio to share what their favorite part about scouting is.

By Karen Henderson on December 2, 2016   Boy Scouts, Latest from WTV

The Knox Trail Council – BSA presented former Town Moderator Joe Harrington with its 2016 Westborough Good Scout Award on November 15, 2016.  Scouts, town officials, friends and families gathered for the event to recognize Joe Harrington for his accomplishments as an outstanding public servant (he was town moderator for 24 years) and for his role as […]

Troop 4 recently held an Eagle Scout Court of Honor in which they recognized 6(!) of their scouts who had earned the rank of Eagle Scout. Recent WHS graduates Dan Boucher, Isaac Grosner, Matthew Plunkett and Tim Sherman received the award along with WHS sophomore Brett Lebow, and St. John’s graduate Alyxandr Srnka. Watch the full ceremony that […]

The Knox Trail Council – BSA presented retired Worcester Superior Court Judge John S. McCann with its 2015 Westborough Good Scout Award on November 9, 2015.  Over 150 people gathered for the event to recognize the honorable John McCann for his accomplishments as an outstanding public servant and for his role as an outstanding community leader, friend, husband […]