Happy Halloween from your friends at Armstrong Elementary School! Armstrong hosted its annual Halloween parade on October 31, 2017 complete with superheroes, princesses, skeletons and some very creative costumes by Armstrong faculty and staff.

By Karen Henderson on October 30, 2017   Latest from WTV, School Concerts

Gibbons, Mill Pond and the High School choral ensembles joined together at the Westborough High School auditorium for a night of singing. This clip features all the singers together for “It Don’t Mean a Thing (If It Ain’t Got That Swing)” by Duke Ellington. You can watch the entire concert by clicking the link below: […] 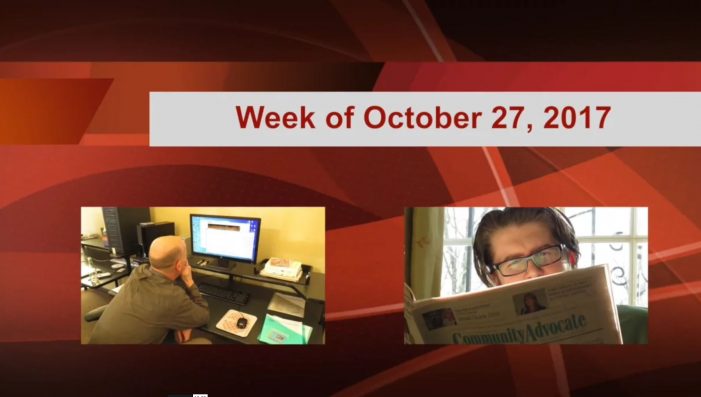 On Wednesday, October 25, 2017 Westborough TV took a trip to Abby’s House in Worcester to capture the kickoff of their $2M capital campaign to renovate their 52 High Street building. There were many speakers at the breakfast event including Annette Rafferty (Founder), Stephanie Page (Executive Director), Patti McKone (President, Board of Directors) and Lieutenant […]

By Karen Henderson on October 26, 2017   Latest from WTV, School Committee

Holocaust survivor Thea Aschkenase shared her story on Sunday, October 22, 2017 at Beth Tikvah in Westborough.   Thea chronicled her happy childhood days in Munich, her teenage years in Italy hiding from the Nazis, her internment at Auschwitz, her voyage to find a home in Israel and her coming to the USA to raise her […]

Karen Henderson hosts this week’s episode of Westborough Weekly Wrap Up complete with WHS Lobby Observer “Under the Lights” highlights and information on the Mark O’Connell Foundation.

Rangers Girls Soccer – Under the Lights 2017!

Complete coverage by the WHS Lobby O of Rangers Girls Soccer Under the Lights VICTORY versus Grafton on October 19, 2017! Watch the full game here. Catch the WHS broadcast journalism students’ video which includes highlights & interviews with the team & their fans in this edition of The Lobby Observer!