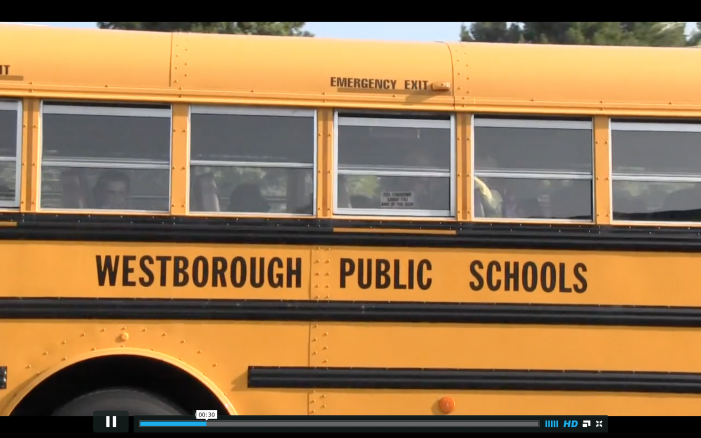 Let’s all celebrate the return of school (well… the parents can at least.) August 31st marks the first day of school in Westborough and Westborough TV was at all 6 schools this morning to capture the scene as almost 3700 students began their first day back for the 2016-2017 school year. Good luck kiddos! Also: […]

By Karen Henderson on August 31, 2016   Blades Over Westborough, High School, Latest from WTV

Blades Over Westborough captured the WHS seniors on this 1st day of school, August 31, 2016. As is the annual tradition at Westborough High School, the Seniors form a “17” on the field as Blade captured the moments from above.

By Karen Henderson on August 30, 2016   Latest from WTV, School Committee 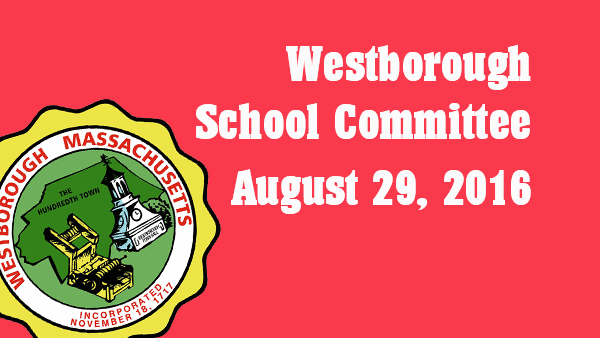 Alex Romano hosted her final Weekly Wrap-up before she heads back to college. We’re going to miss her hard work, energy and smile :). We’re so appreciative of the many projects she worked on for us at Westborough TV. Best of luck (although she doesn’t need it!) to Alex with her sophomore year at BU!

This summer the Westborough Recreation Department organized many different fun, summer activities for kids to enjoy such as sports, music, and field trips. We were able to catch their fun on camera and put it all together to make a special yearbook video for the summer of 2016. Check out this video of the kids […]

The Westborough High School Band Camp, under the direction of Evan Doyle, demonstrate the new music program for the upcoming season after a very warm week of practice, practice, practice. You can catch the entire performance anytime by clicking the link below: WHS Band Camp 2016

By Aidan Horrigan on August 24, 2016   Board of Selectmen, Gov Meetings On Demand, Latest from WTV

This week’s Westborough Weekly Wrap Up is brought to you by our last “Lights Camera Action!” video production campers of the summer.  What a group – they were awesome!  Watch for our camp offerings during the school year and again next summer!

We hosted our 4th and final week of our “Lights Camera Action!” video camp this past week (Aug 15 – Aug 19). What a way to end our great summer of video production camps! This latest group created their own Westborough Summer 2016 ‘Lympics video about the biggest sporting event of the summer (that has […]